For a little throwback this week, we’re going to talk about one of our products, the Concrete MD. Back in 2010, Haiti had a massive earthquake. This earthquake was a magnitude of 7, and had a death toll of approximately 200,000 people. Although Haiti had earthquakes similar in size in the past, the destruction caused in 2010 was huge, amassing to 7.8 billion dollars of damage.

Concrete is a pretty important material. After all, it is the second most consumed on Earth, after water. Prior to the 2010 earthquake, concrete quality in Haiti was nothing like it is in most of the world. This problem was made clear by all of the damages this earthquake led to. Homes ruined, businesses turned to rubble.

Cement is arguably the principal ingredient in concrete. It’s what gives concrete its resistance, and makes it strong. There is not enough cement in the concrete in Haiti, meaning it isn’t as strong as it could be. Another issue with the concrete in Haiti is the way they mix it. Traditionally, concrete is mixed in a truck, where it is constantly rotating until it gets to the job site. You do your pour, and it generally doesn’t require much physical work to get the concrete where it needs to be. In Haiti, they pour the materials on the ground, and then mix it using shovels. This, combined with the cement content, leads to subpar concrete.

Luckily, there was a way to remedy this.

Following the 2008 economic recession, construction projects were slow. This meant slow business for us. The timing couldn’t have been better, though– it allowed Cart-Away Concrete Systems to put time towards a new project. Soon after the 2010 earthquake in Haiti, five people from our team here at Cart-Away started designing a special mixer, created for Haiti. This mixer was called the Concrete MD, and it helped create a consistent, even mix that would produce stronger concrete. The difference is that there is a consistency of mixture that shovels cannot produce. Concrete needs uniform blending in order to produce a strong mixture.

Homes in Haiti have concrete floors, and walls made out of concrete blocks, so a mixer with the capability to mix both concrete and mortar was necessary. The Concrete MD has both. Further, our team knew that concrete in Haiti is transported using buckets, so the mixer they designed worked with this system. Using an auger design that was produced in the 90s, we were able to build a mixer that allowed concrete to be poured out directly into buckets, which then would be unloaded with shovels. This mixer uses an engine-powered hydraulic system; the counter-rotating auger acts as multiple shovels blending the raw materials at the same time. While mixing with shovels works if that’s all you have, there is a needed consistency that shovels simply cannot produce. Concrete needs unvaried blending to produce a strong mixture.

Below, you can find an image of men working with the Concrete MD in Haiti. 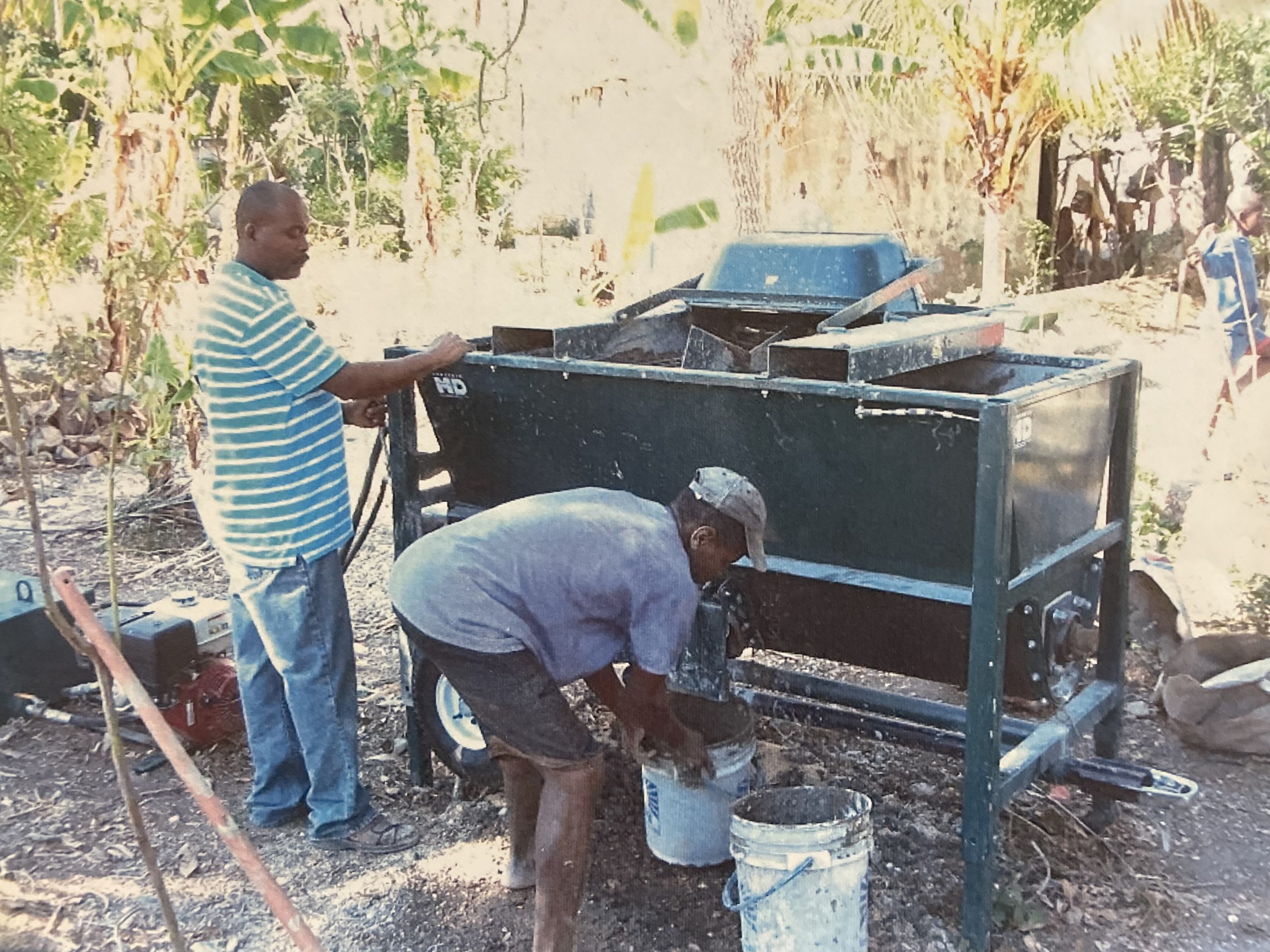 For more information on this project, as well as the Concrete MD itself, click here.