Amarillo Moved from Tubs to Mixers

A cautionary story of product transition 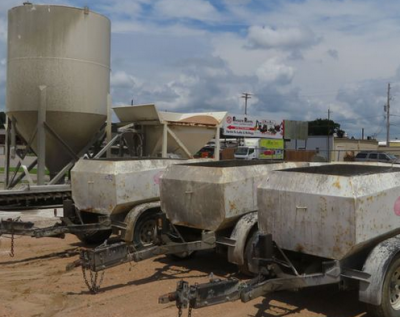 I first rolled into Amarillo Texas with a new Cart-Away mixing trailer in 2008. At that time the mixing trailer had already begun to disrupt the short-load concrete industry, and my visit was to demonstrate the new technology to a couple of rental yards in the community.

One location had been offering concrete in small tub trailers for many years, and the other did not offer ready-mix at that time. The rental operation with the U-cart tub trailers reported that they had annual revenues of well over $100,000 from their concrete operation.  They were very happy with what concrete sales were doing for their profits.

After they watched my dog and pony show, they said that my new mixing trailer technology was “too expensive” and that it would be “way too much trouble for any U-cart operation”. I was told this would never work, as I was sent on my way.

I then went down the road to the next rental location. They took a look at my mixer and said “not interested at this time – Why don’t you go show this to the guys that have U-cart, across town”.

I left town wishing that they would have been more forward thinking. I had failed to convince Amarillo that something new was about to change the U-cart business model – But things change….

Disruptive technology takes time and some level of risk

Up until the early 2000’s the Tub Trailer was the only way that U-cart concrete was transported. The self-delivery concrete trailer was introduced in the 1970’s, but the only real improvement was the move from single axle to double axle technology in the 80’s. Rental and building material yards were making great profits with this technology, so why fix it if it isn’t broken?

Then in the late 90’s a team of concrete experts developed a miniature version of the large ready-mix truck and put it on a trailer frame. This was the genesis of what would become a radical and disruptive change in the maturing U-cart industry – The Cart-Away mixing trailer was born.

Back to the Amarillo story 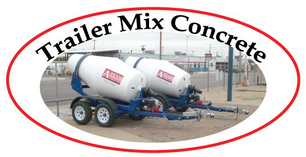 Sometime in 2010 one of the rental operations in Amarillo began discussing the opportunity that concrete might provide for their rental operation. They had watched the U-cart success story play out across town and they were intrigued with the idea. It seems that the next generation of this family-owned rental company had seen the vision of a better trailer delivery system, and others were being convinced.

It was a risky move, but they made the investment in a single hopper batching system and a couple of Cart-Away mixing trailers. It was a rocky start, as is most disruptive ventures. There were times that the family thought they had made a huge mistake and that it might be good to cut the loses and move on.

Then something began to shift in the market. Customers of the U-cart location on the other side of town began to realize that concrete would be better if it stayed mixing while in transport. They had often cussed the fact that the rocks settled to the bottom of the tub trailer. Logic and the need for better quality drove them to try the new mixing trailers across town. Word then spread within the concrete community that the “drum-mixer” was easy to use and offered better concrete than the old tubs. So the market began to shift toward the mixing trailers that the “other guys” offered in their rental yard.

Demand for the mixing trailer grew and so did the fleet of Cart-Away trailers at the rental yard. Sales volumes also grew steadily at this one location while at the other, the tub trailers began to sit idle.

I again rolled into Amarillo on a 20-degree winter afternoon, pulling the latest version of the 1.75 cubic yard Cart-Away mixing trailer. Again I visited the rental location that had the tub trailers in the past. That rental location had changed direction since the last time I visited. I inquired about the concrete system and the tub trailers. I was told that it had all been sold to someone in Dallas about 5-years ago. They reported that it was not making money for them any longer so they changed plans and had moved into other rental opportunities. I asked what happened. Then a guy with grey hair stepped up to the counter and said “It made money for us for many years, but then if fell off to 1/2 the revenue and it just didn’t make since to keep doing it”.  He then looked out the window at the mixing trailer behind my truck and said “you might want to go see the rental guys across town, they have that type of trailer”. I left them with a better understanding of how disruptive the concrete mixing trailer had become to the U-cart business model in just a short time.

I drove across town to visit the location that had made the risk and was reaping the rewards of a changing marketplace. There I found a fleet of nine 1-yard mixing trailers. I received glowing reports of their big revenue increases over the years. I learned that on Saturdays that there are lines of trucks on both sides of the street waiting for them to open the gates for concrete. There are even local contractors who now own their personal mixing trailers and just come to the rental yard for their loads of concrete.

Concrete has been so good for them that they even have a dedicated concrete yard, across the street from the original main store. Revenues from the Cart-Away mixing trailers are now 3-times what they ever were at the tub trailer location across town. A testament to hard work and a vision of what the future could become.

This is indeed a success story in Amarillo Texas. But it is also a cautionary tale – Watch for the changes in the marketplace and then find disruptive ways to improve. Taking that risk is always much better than being replaced.